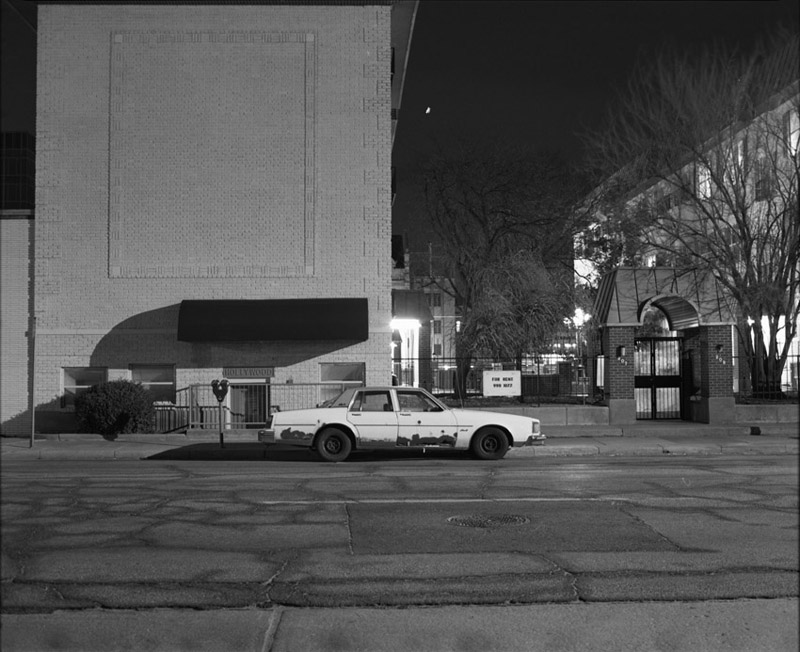 Most of the photos I took were just a few blocks west of "downtown" or maybe it was still considered downtown, I'm not sure. Either way there was nobody walking around. I think I saw a total of 5 other people in 3 hours of shooting. There were plenty of cars driving by though.